Morgan Stanley: Cryptocurrencies will change the approach of Central Bank to the liquidation of the financial crisis consequences

Cryptocurrencies can allow central banks to lower their interest rates in the negative zone more aggressively during the next crisis period, thus mitigating the consequences of the financial crisis. 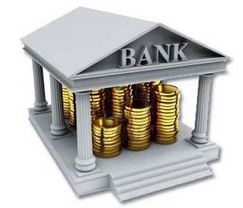 The analysts of Morgan Stanley have come to this conclusion, recently publishing a report in which they reported on the results in the research devoted to the possible variants of the use of cryptocurrencies by central banks.

The boom of the unseen popularity of Bitcoin and other digital assets has encouraged the governments in different countries to explore this phenomenon as well as the potential for the use and emissions of cryptocurrencies. The team of the experts of Morgan Stanley highlighted some areas where central banks could use cryptocurrencies, at the same time, pointing out that the purpose of the research did not concern recommendations on the introduction of digital fiat currencies.

One of the most interesting potential uses of cryptocurrenciesis the monetary policy sphere.

According to the bank analysts, the digital currencies would give the possibility to central banks more aggressively than before to lower interest rates in the in the negative zone, if such a need arises in the future during a serious financial crisis.

During the last crisis, the World Bank aggressively lowered interest rates in an effort to protect consumers and creditors from the worst consequences, while some regulators, including Sweden, Denmark, Japan and the Eurozone, lowered rates to a negative level. In several states, today, rates, remain on negative level, although no central bank has summoned up courage to exceed the -0.5% mark. Now, according to Morgan Stanley, cryptocurrencies can change this situation.

Theoretically, the monetary system which is 100% digital can afford lower negative rates. And this idea seems attractive to central banks. Banknotes and coins, respectively, cash which is in free circulation restricts the CB's ability to speed up a segment of deposit rates, driving it to negative zone. The version of digital money can theoretically allow the introduction of negative rates for all the money in the internal circulation of any economy.

– claim the analysts of Morgan Stanley.

Such a thought can become a good consolation for many of the world's CBs. We remind you that at the end of 2017, the experts of the UBS Investment Bank wrote that, when the next financial crisis occurs, in order to mitigate effects, the leading economies may be forced to lower rates to -5%. It is practically impossible by using traditional monetary policy tools, but under the umbrella of the CB, cryptocurrency could make this possible.

Of course, as with any experimental idea, it involves certain potential disadvantages. Morgan Stanley points out that maintaining a rate in the negative zone over a long period of time ultimately involves problems in banks, and can contribute to a decline in economic growth.

During the period of the last half-year, CB's interest in the digital asset segment has increased significantly. The Bank of England has created a special working group to explore the benefits of using cryptocurrency. In Sweden, Riksbank is considering the launch of the virtual currency “e-krona”. But other regulators are more skeptical. The head of the Deutsche Bundesbank Jens Weidmann warned last year that currencies similar to Bitcoin are potentially able to increase the magnitude of the negative effects of financial crises in the future.

He added that in his view, central banks would ultimately will create their own cryptocurrencies to convince the general population about the security of such assets, but such a step could increase the risk of depositor banks encountering risks during the coming crises.

Your session is about to expire. Please select an action or you will be automatically logged out in 5:00